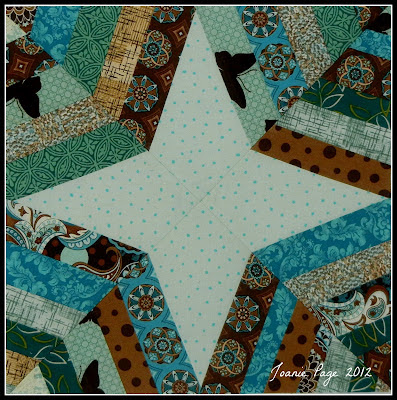 Craftsy Block of the Month

Finally done! The second Craftsy Block of the Month for March. Yep! I am working to catch up!

It was so wonderful to turn on my sewing machine again. It has been several weeks - seems longer than that.


I love how this block turned out! 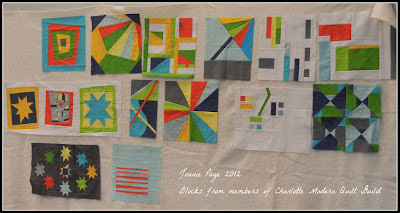 These wonderful and amazing blocks are for the Quiltcon Challenge. Check out their website to see some WOW! quilts.  I missed the April CLTMQG meeting and missed out on the opportunity to participate.

An Afternoon in the Garden

I was looking out my sliding glass doors and noticed how the birds were lining up to take a bath. I had filled the bird bath to full yesterday morning and the birds came. I ran upstairs to grab my camera to grab a picture of what looked like an airport with with flights waiting to land. I opened the door and they all flew away. So I thought I would sit on the garden bench to see if they would return so I could get a picture of them. One did! 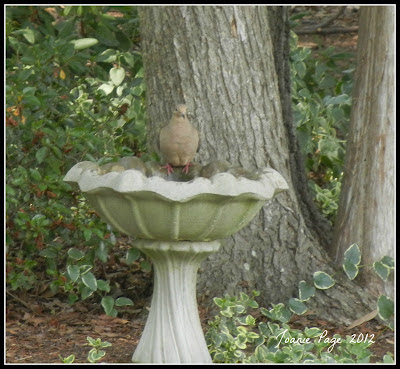 While sitting on my bench I looked up and noticed my sweet Cassie staring out at the door wanting to come out and sit with me on the bench, something she loves doing. She was getting quite persistent about wanting to come out, barking and pawing at the door. I ran to let her out as I was concerned she would awaken my napping hubby. 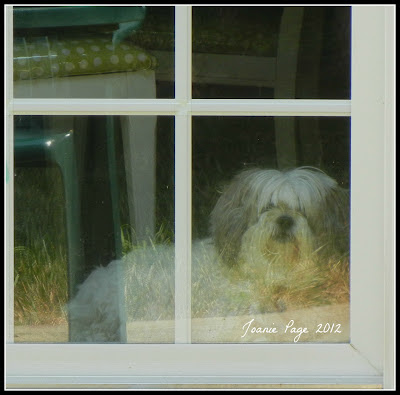 Aren't you glad I came out to help make your flower look pretty? 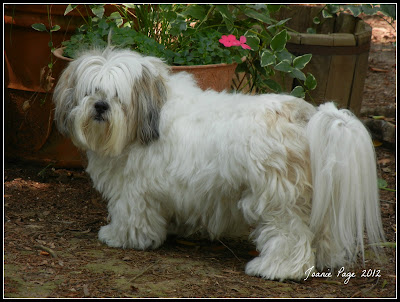 As we sat on the bench Cassie was talkng in all the critters. There is a new bird that has been visiting us. I'm not sure what it is but it has a beautiful song. While Cassie looks for the critters I was looking for pretty things in the garden. I love my garden bunny. I picked it up on the way home from vacation one summer. 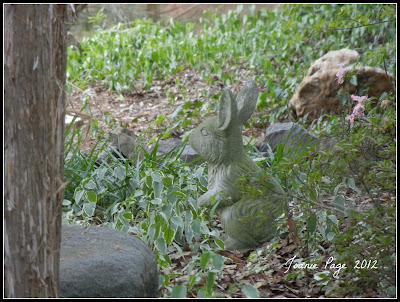 The gardenias are blooming and giving off their wonderful scent. 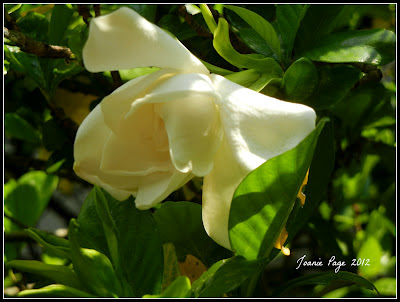 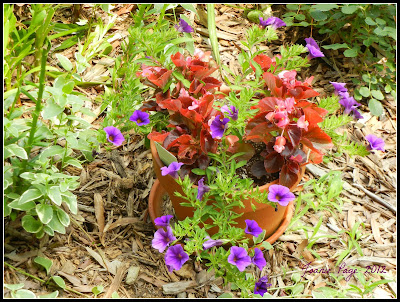 It has been a good day! It ended a bit different than usual though. Hubby and I made a difficult decision to move his autistic son to another group home after having lived there for 14 years. In the last year we took measures to wean Jason from high power medications that was causing him to be listless, not enjoying life, and sleeping all the time. He was so drugged! We wanted Jason back! Well Jason is back! Now that he has returned he doesn't fit in with the other residents because they are satisfied with doing nothing. Not only that staff had been instructed not to talk to them. All the residents are not able to speak, but that doesn't mean that don't want people to talk to them. They used to be an active group home going bowling, skating, swimming, beach trips, outings in the community and etc. This is no more or so reduced that Jason is bored out of his mind.

If you know anything about autism you know that they do not like changes!! I should add more exclamation points because changes are big adjustments that can set them off. The plan was to keep him in the same work shelter to keep something in place that is familiar. Well that is not to be because the organization that owns the group home also owns the work shelter and they are forcing Jason out of it because of our decision to pull him out of the group home. We have found a wonderful work shelter for him! We feel as though God handed us an amazing blessing as we didn't know that we would find something that offers so many choices and flexibility. It is operated with smiling staff members who love what they do. The facility is bright and cheerful in the Uptown area of Charlotte.

In an effort for transitioning Jason, Jason spent an afternoon with the guys from his new group home. Jason will officially be a part of them on May 31st. They went out to dinner. Jason had such a good time that when the van from his current group home came to pick him up he wouldn't get on it! No! No! No! he proclaimed and no bribing him with food that usually works would work to change his mind. Mike had to go and pick him up which is clear across town and let me tell you Charlotte is a sprawling town. When Mike drove up to the group home Jason refused. After a couple of hours Jason finally cooperated. Though this may sound like a frustrating event we actually are rejoicing because we are so thrilled that Jason is going to love his new life. We don't know what adjustments he will endure but we are hopeful that it will go beyond our wildest dreams for him.

Wishing all a Happy Memorial Day! 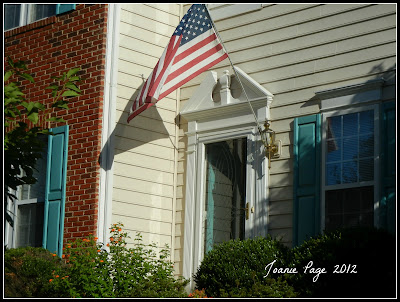 Posted by Joanie's Trendy Quilts at 6:58 AM