Thank you to all who commented, helping me to make a decision on the Woodsland Baby quilt in its beginning stages. Your suggestions helped!! Since I asked about the color of cornerstones, Michele, Irina and O'Quilts said go with the orange ones.  I had to agree it needed a pop color. Rather than orange cornerstones I added a 1 1/2" orange border. It definitely brightened up the quilt. 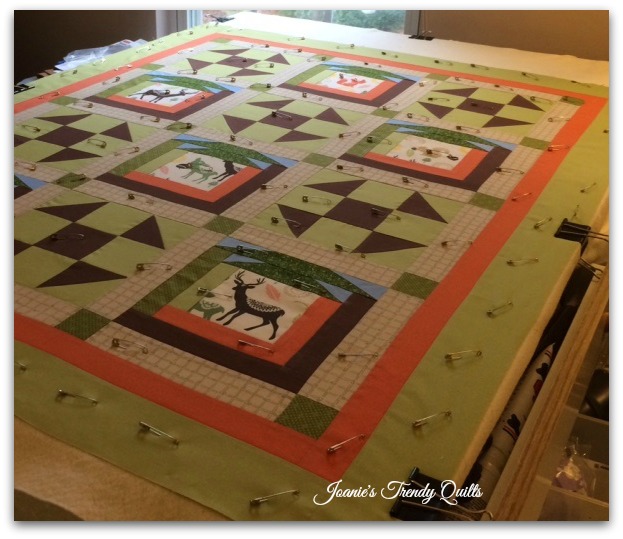 Marlene and Kathy said no sashing. I liked the quilt without the sashing, but I needed to make this quilt larger. I didn't want to make anymore blocks. The sashing did tone down the green fabric almost too much. So the orange border brighten it up, and the medium green cornerstones gave more color, while pulling in color from the blocks. Actually the orange border also pulled in color from the log cabin variation blocks as well.

Then I added another border using the same green used in the Shoo Fly block, which also brightened up the quilt. So what do you think? 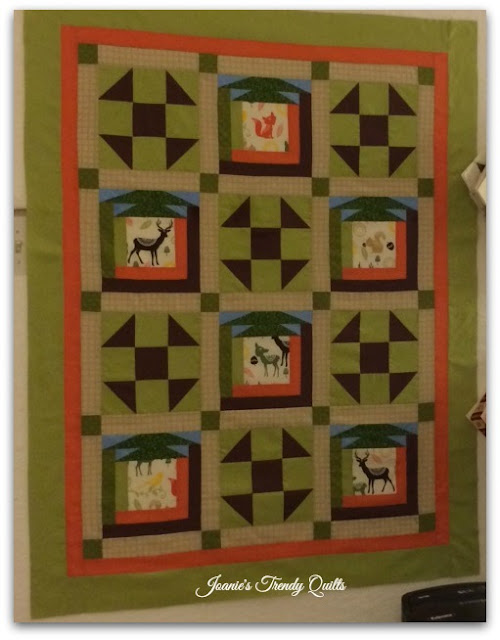 I now have two sewing stations and am able to have a least 2 projects going on at the same time. Currently, I am using my large quilting table to quilt the Woodsland Baby Quilt.

In the evenings I have been paper piecing another quilt that was designed on Electric Quilt. It will have 37 blocks that will be set on-point. It takes about two evenings to complete a block and will take several months to complete all the blocks, but that is okay.  It keeps my hands busy sewing rather than facebooking on my Ipad, and snacking in the evenings. 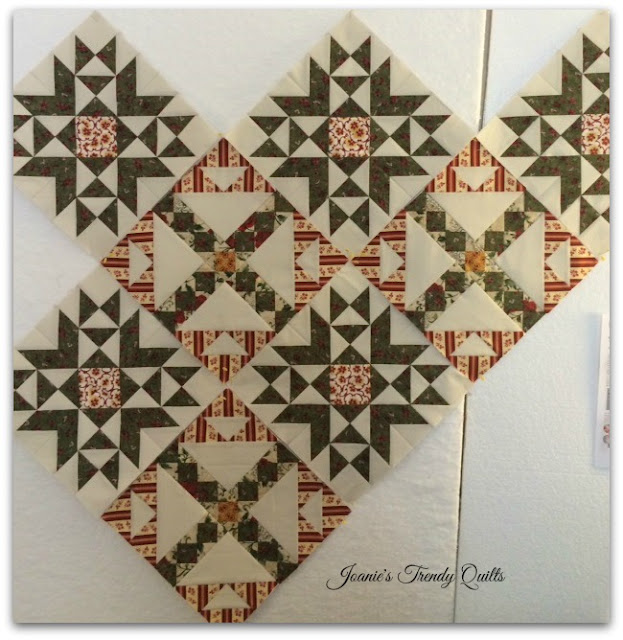 The fabric in this quilt has lived in my stash going on five years. It was intended for another quilt pattern which I don't want to make now. Do you do that purchase fabric for a particular pattern and end up using it for another quilt?

As I have mentioned above I now have two sewing stations. My husband purchased this small sewing table on Amazon and I put it together myself. The leaf on the table folds down and can be easily stored in a smaller room. It is so much easier to sew on the sewing table rather than on 2 tv trays butted up together and sitting at my recliner. We had an extra small desk chair on rollers so I didn't need to buy another. Did you notice the sewing table has castors? So much easier to move than having to push the tv trays out and holding on to the sewing machine hoping it didn't fall off. 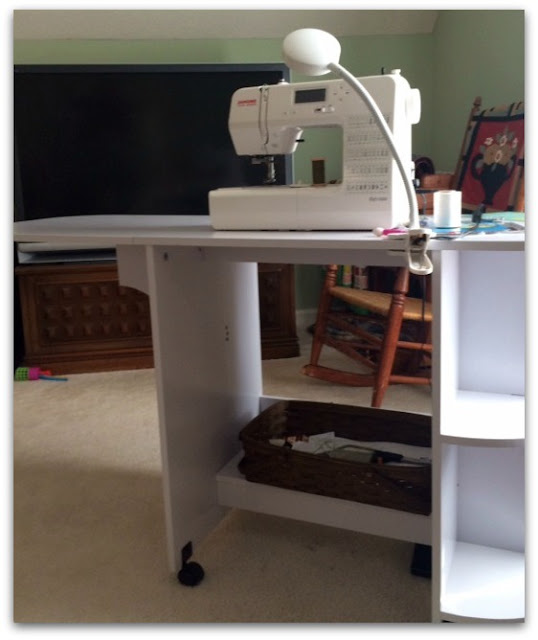 My favorite part of the day is when I can say good night computer, eat dinner, then turn on my sewing machine in the bonus room, and watch NetFlix with my husband. What a great way to make more quilts. It feels like I more productive too!